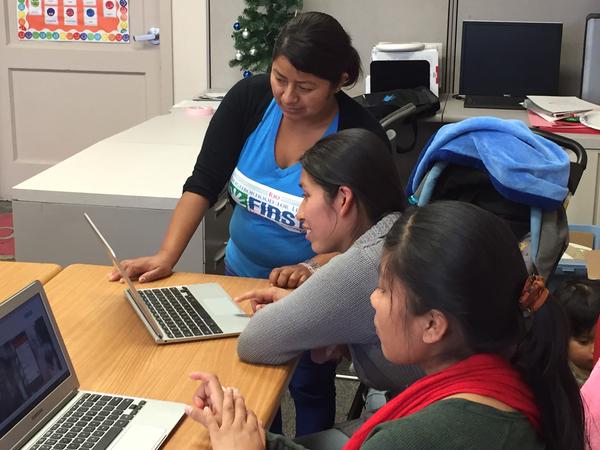 Language can be a powerful means of communication, but it can also create a barrier between teachers and parents. In California, there are over 1.4 million English language learners enrolled in public schools. As teachers work with ELL students to improve English language skills, they must also find ways to communicate with students’ families. Language barriers can be daunting to some parents, and may deter them from participating in their child’s school and education.Jay Sorensen, a former middle school teacher and tech TOSA for Rio School District in Oxnard, California, encounters this issue when communicating with many parents in his district. There’s also an additional complication. Most of his parents speak a language unknown to many U.S. teachers: Mixteco.

According to Jay, “Mixteco is the name of an indigenous group of people that come from the Oaxaca region of Mexico. One of the biggest challenges with the Mixteco community is that almost none of them speak English and many don’t speak Spanish.” Mixteco is a unique language—without many recognizable elements of English or Spanish. This oral language has very few written texts available, thus making it extremely difficult to translate. Since many Mixteco families value having their children work in agriculture, Jay spends many efforts trying to show parents the value of students' incredible work in class.

Jay realized that he needed a communication system to reach parents wherever they were. He also needed a means of communicating with parents that didn’t include written text. He then discovered Remind, which helped him overcome these challenges.“Besides just helping parents stay better connected with teachers and schools, Remind is helping our Mixteco outreach in a special way," he said. "Because of the fact that many Mixteco parents speak only Mixteco, and that it is only an oral language, the Rio NFL uses icons on their calendar to represent different meetings, classes, and programs that are offered during each month at their office. They are able to send out notifications and reminders to those parents by attaching photos to Remind messages.There is also a strong word-of-mouth component in the Mixteco community. Because their language is strictly an oral one, Mixtecos are very efficient at spreading the message throughout their community once they have the information. Having the parents who are receiving the message from Remind helps to spread the word to the rest of the community. Being able to use Remind voice clips is perfect for this.Remind helps with the initial bridging of the communication gap. It's that first step to getting parents involved and communicating with their child's teacher or school.”

Since sending quick messages through Remind, Jay has seen an increase in parent involvement. He’s also received very positive feedback from parents who are now excited to have a window into their children’s classrooms, “In my new role as a tech TOSA, I do a lot of parent workshops," he said. "The feedback that I get from parents is that they love Remind. Mobile messages are the easiest and best way for them to receive quick information. I initially was worried about feeling like I was bombarding them, but they love it. They like feeling better connected with their child's teacher and school. It has been effective in attendance for the parent meetings that we've had thus far.”The power of a simple nudge can make a world of difference in parents involvement, and creates a community in which students are supported on multiple levels—academically, socially, and emotionally.