What we learned from the LAUSD shutdown 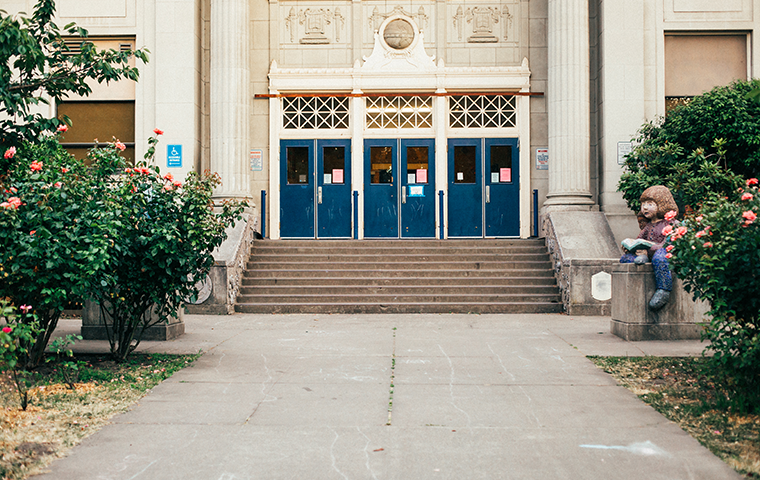 Last Tuesday, the Los Angeles Unified School District received an email threat that closed the schools in the country's second-largest district.As police investigated the threat, parents and other family members found themselves turned away from school, headed back to school to pick up their students, or trying to contact students who usually went to school alone.We followed the developments in LAUSD with concern—and, at the same time, noticed a significant spike in usage that we wanted to look into.

What happened at LAUSD

LAUSD update: ALL #LAUSD (https://twitter.com/hashtag/LAUSD?src=hash)> buses called back to bus yards; ALL #LAUSD schools closed due to threat pic.twitter.com/zM9DwFOlhS

#LAUSD (https://twitter.com/hashtag/LAUSD?src=hash)> pleads for employers to show patience as parents of 700K students suddenly in a bind https://t.co/yqBHucKo2Kpic.twitter.com/f4Bg6CyyCG

What happened on Remind

A direct line for questions and concerns

One middle school math teacher at LAUSD heard about the situation from a student on Remind before her school notified families about the shutdown. The student sent her a message before 7 a.m. asking if school was open; when another student asked the same question, she confirmed the shutdown with her colleagues and sent an announcement to her classes.“The next day, I took a poll to ask how my students learned about the shutdown,” she said. “More than two-thirds said that they found out from my announcement.” Hearing the news directly from a teacher helped emphasize the seriousness of the situation as well. “A lot of my students said that they thought the threat was a joke, but they knew it was real when it came from the horse’s mouth.”Another teacher in LAUSD used Remind to answer student questions during the shutdown—and then, the next day, to let them know that school was back in session.

In the middle school math teacher’s tight-knit community, where students often get up and walk to class alone, the ability to reassure parents was crucial during the shutdown. “In the afternoon, families received a robocall saying that school would resume the next day,” she said. “Knowing our parents, I sent an announcement that said, ‘You may have seen on the news that the threat was not credible. Please rest assured that your children are safe.’ It gave them peace of mind.”P.A. White, the principal of Leal Elementary in nearby Cerritos, agreed. During the shutdown, he used Remind to notify families that schools in their district weren't closed for the day. “We’re close to LA, so there was a lot of confusion about who was affected by the shutdown,” he said. “I sent two announcements in the morning: one saying that school would be in session, and another letting parents know that their children would be safe at school.”On Tuesday afternoon, he sent a final message to let families know that they would be receiving a phone call from the district superintendent to address the situation. “Parents often only get phone calls in emergency situations,” he said. “What they need and deserve is an instant connection—even if it’s just to say that things are okay.”

An everyday response to an unexpected situation

What we saw on Remind last week reiterated the need for a way for schools to communicate instantly with students and parents, both in groups and individually. During the LAUSD shutdown, educators used personalized messages to keep their communities informed, and two-way dialogue allowed students and their families to reach teachers directly.As it turns out, this type of communication wasn’t out of the ordinary for anyone we spoke with. Although Remind usage skyrocketed during the shutdown, educators, students, and parents were doing the same thing they did every day—reaching out to others with questions, information, and reassurance. Even in an uncertain situation, this was something that these communities could count on.